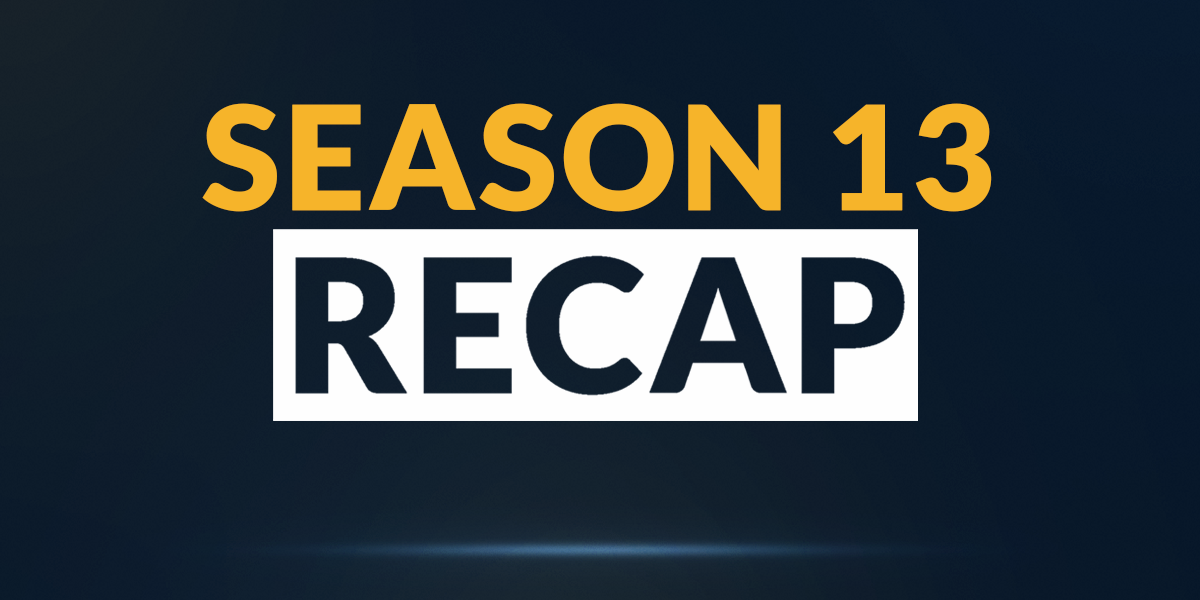 The goal of our main was to requalify for fourth division after they were set back to starter in the previous season. The season began with a loss in the very first map, but we managed to recover and convincingly win the second map. After that we did not drop a single map for the rest of the season. We ended the season on a 11-1 score and with solid first place. This means that our main team will once again be representing us in the fourth division in the next season.

During the off season they’ll continue to play in tournaments, most notably the “Uni-Liga”, a league of University Esports teams in Germany, where they are representing the FAU Erlangen-Nuremberg. 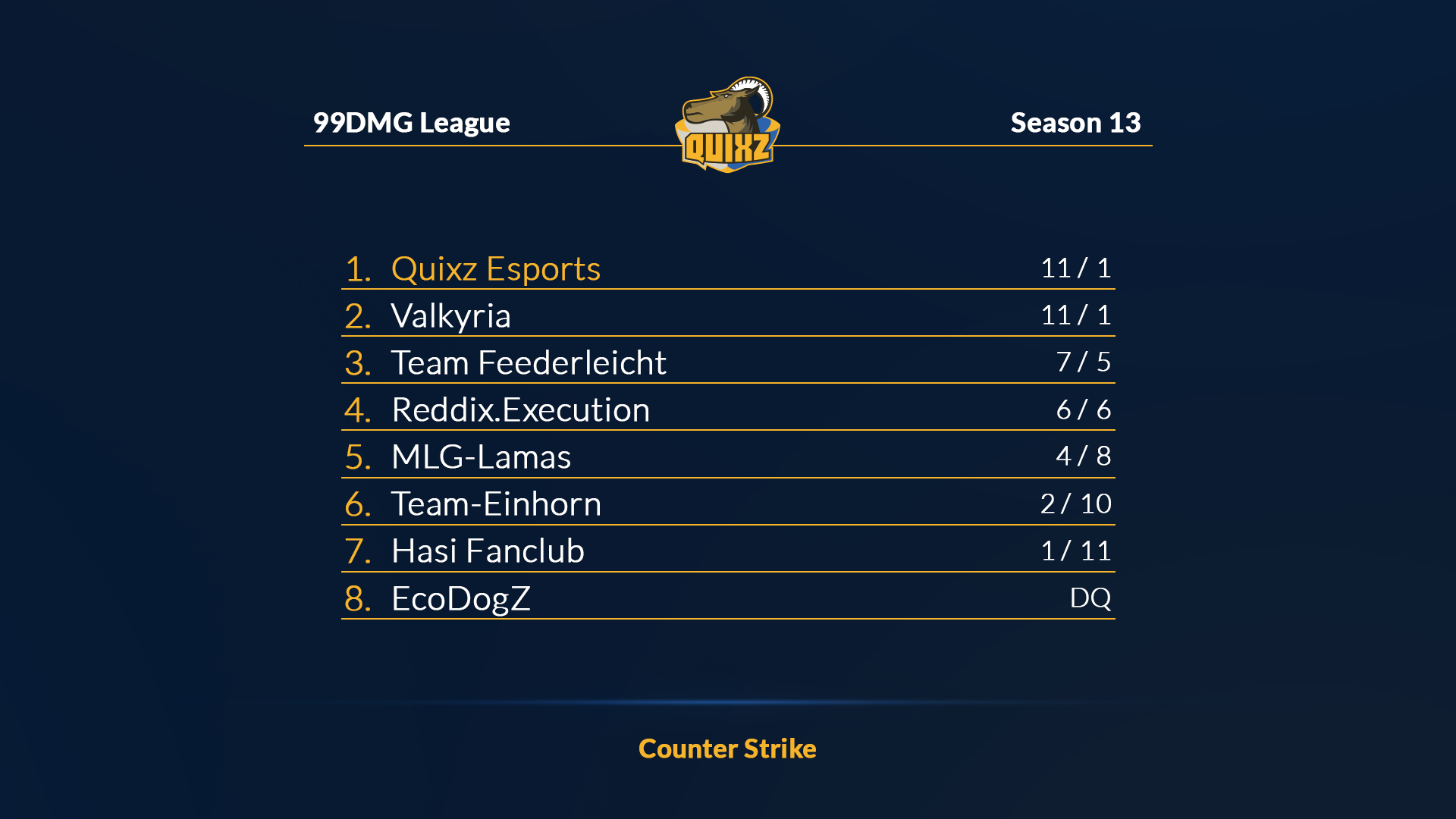 Our academy team started in the fourth division this season for which they qualified after a strong finish in the starter division in the last season. They had though luck with our opponents, as most of them played the relegation for division 3. So, we were already expecting a rough ride. The first match went quite well and they managed to secure a 2-0 win. But after that they tied one match and then  went on a losing spree until the very last game, where they were able to secure a map win again.

Luckily for us two teams were disqualified during the season, so we were able to keep our spot despite our poor performance. This season has showed that we cannot continue without any changes. Currently the future of the team is up for debate, we will keep you updated! 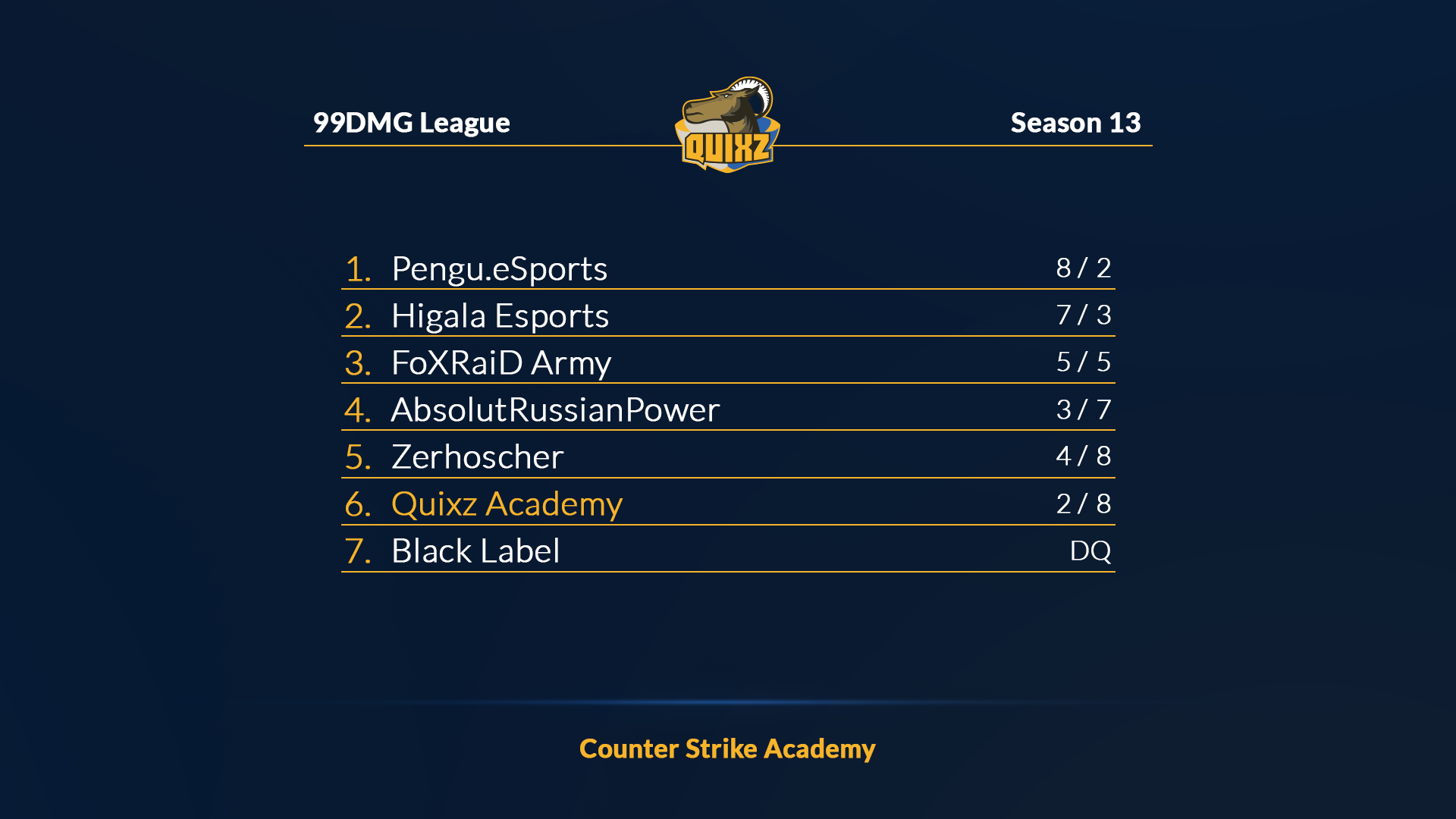 Both teams are looking forward to next year, and will work hard to climb the ladder to reach division 3. If you wish to take a look at how some of the matches went this season, you can head over to our youtube or twitch channel to watch replays of the matches we casted.