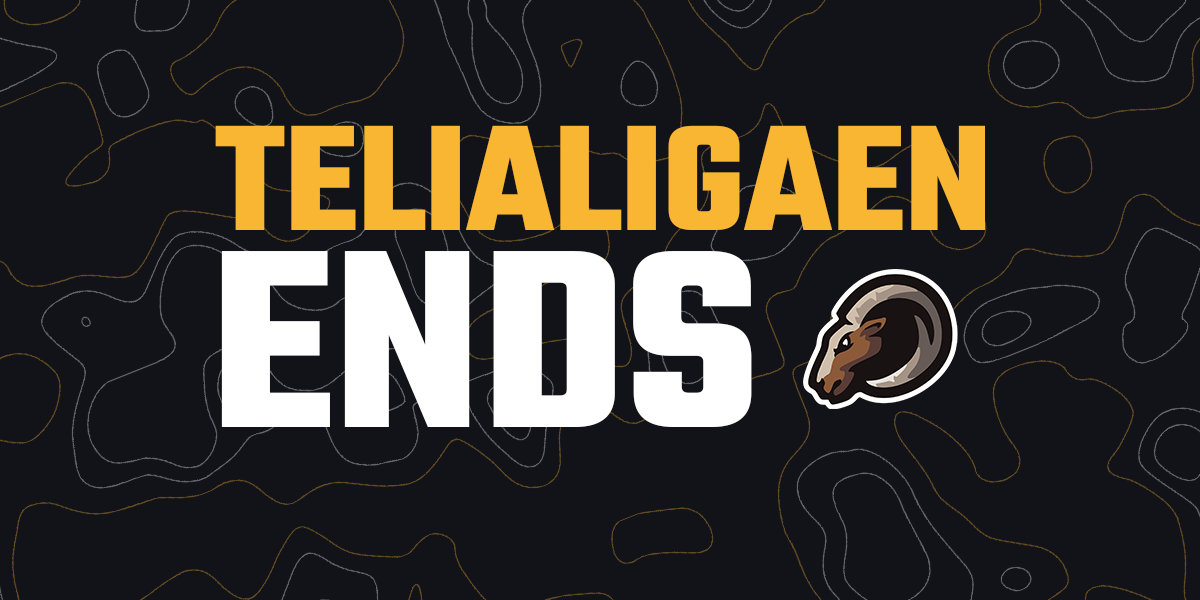 This season of Telialigaen has seen Quixz rise and fall, but we are still proud of our teams. Let’s take a quick look at the season, and talk about what is next

Right before the season started, we announced our Norwegian Rocket League roster, consisting of three new players to the esports scene.

They started in the lowest division in Telialigaen, Division 4, where our first matchup was against Jackpot, a team that would go undefeated. As a first official match, ending in a 2-4 loss, our players showed great confidence in themselves, and would go on to not lose a single match the rest of the season.

Our final match against Blitzregn ended with a banger best of six series, where we tied the game and secured our spot in division 3 next season. The team ended with a solid 10 points, after 4 teams dropped as the season went on. Although Blitzregn also ended on 10 points, we played more consistent overall, and ended with +22/-8. 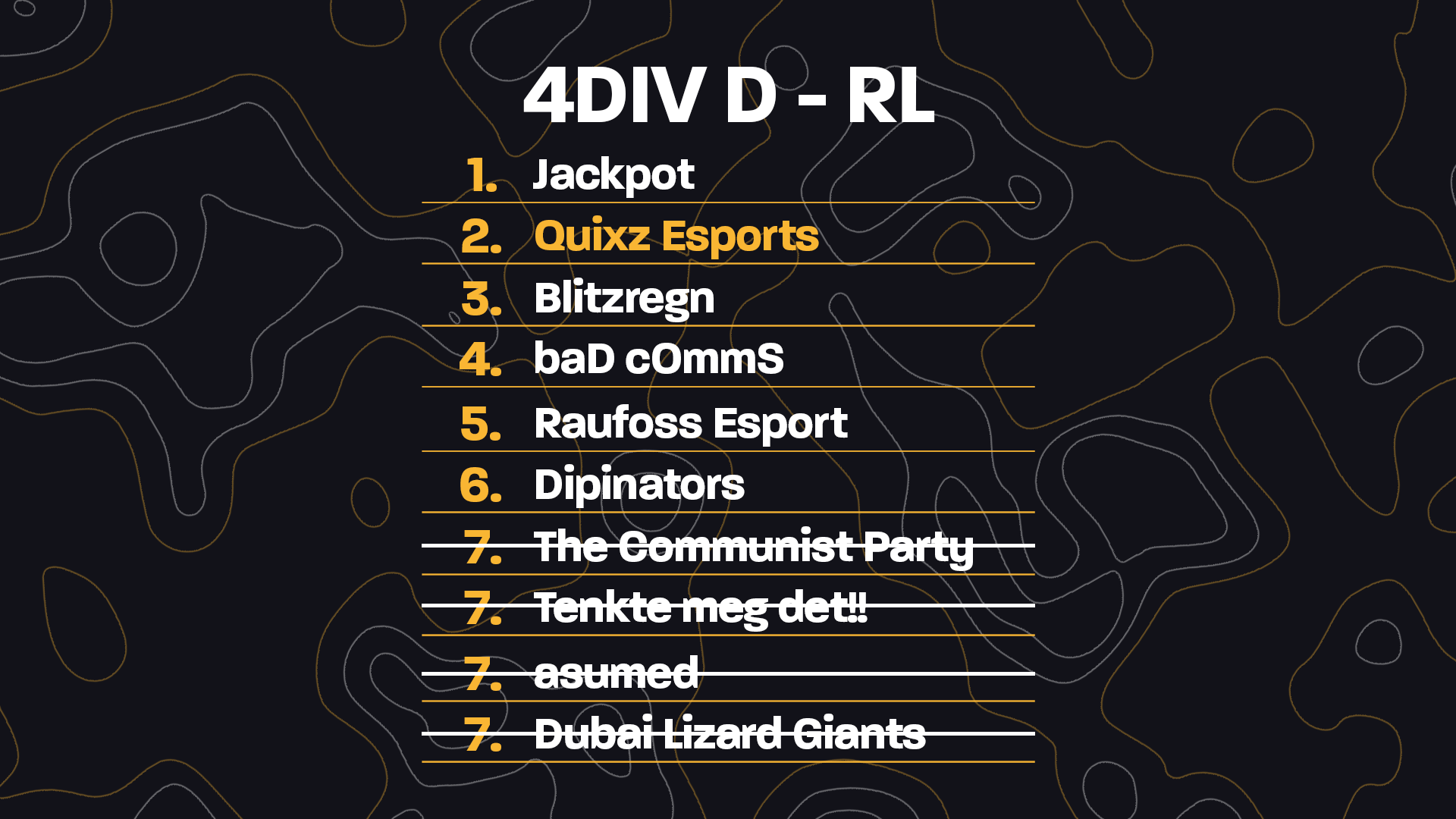 After a lackluster last season, our Counter Strike team went into a new group, with an updated roster.

Despite our confidence, we started off with a loss, and on the day of the second match of the season, Markzed suffered an injury to his arm that would leave him unable to play. The match got rescheduled until he was able to play again, but the injury was still present, and he would not be able to play to his full potential for a lot of the remaining matches.

Not only did the roster suffer an injury, they also had to take use of standins, as Covid19 made scheduling difficult. We ended the season in 8th place, only managing 1 win, 3 ties, and 4 losses. 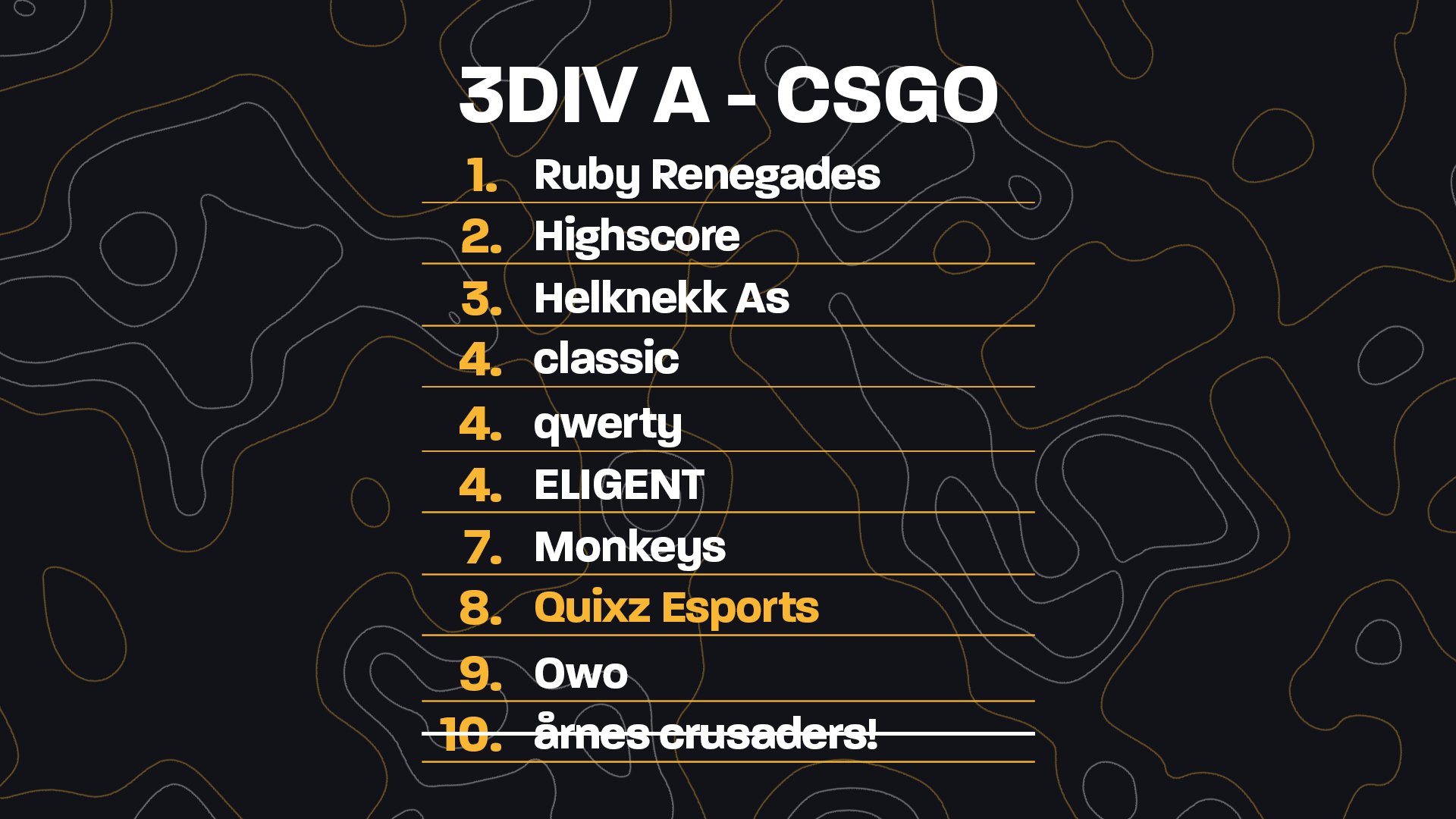 The next season is set to start sometime early next year, and we are making sure to prepare accordingly.

Our Rocket League roster is still hungry to play, and will take part in several RLCS Qualifiers, and several other tournaments. They will be working hard to climb higher in Rocket League, and will go well prepared into the next year.

As for our Counter Strike team, they have decided to split up after the end of this season. We thank them for their time with Quixz, and wish them good luck in their future endeavors.